How to use emojis to convert customers on social media

The emoji 🤔, a form of communication that started as a misplaced emoticon in the 1860s (yep, the first emoticon can be traced back to 1862) is now ubiquitous in our everyday lives.

😲 They can even help you convert more prospects into customers! Keep reading to learn more…

The emojis we know today started life in the head of Japanese artist, Shigetaka Kurita, who ‘wanted a simple way to convey information on the mobile platform he worked on in 1999.’

Little did he know his masterpieces would later become a language all of their own, helping us convey emotions, gain human connection in a digital world and yes even sell!

So, in the year emojis made their debut in the prestigious New York Times crossword puzzle, we thought we’d take a look at how much of an impact they can have on digital marketing and advertising.

Ads featuring emoji convert more than those without

Let’s get right to it – we’ve taken a look at some of our most recent social media ad campaigns to analyse the affect emojis are having. We weren’t surprised by how engaging emojis can be but were pretty blown away by their conversion results.

In one campaign we found that ads using emoji achieved 145% more conversions than those without, and other campaigns are achieving similar results too.

Social media ads featuring emoji can convert up to 145% more prospects than those without.

So let’s take a look at a couple of these ads. Below are two Facebook ads from two very different clients of ours, The TEFL Academy who sell Teach English as a Foreign Language courses, and Rowcroft Hospice who support adults living with life-limiting illnesses in South Devon.

The TEFL Academy’s objective was to convert more prospects into students. As always we ran dynamic ads, testing multiple variations of main text, headline, image and call to action. The below ad variation has been the best performing of the last few months, providing 145% more conversions than the next best performing variations.

The difference with this one – it’s the only ad to include emojis in both the headline ‘Teach English Online 👩‍🏫’ and the main text ‘You can do your TEFL…. etc’. Some of the other variations do include emojis but not of faces, that’s important and we’ll get to that later!

We also ran dynamic ads for Rowcroft. The variation below, and one other, attracted 101% more landing page views than any other variation. Guess what they had in common? Yep, both included emoji faces in the main text ‘Sleep Walk – Your Way 🤩✨’.

Now, we could go even deeper and talk about the emotive copy, the images and the colours involved in these ads but that’s for another blog. What’s important here is to understand that these images and headlines were tested with multiple other copy variations and every time the ones featuring emoji came out on top.

So why is this? Let’s think about it a little more…

There have been multiple studies which show emojis help boost engagement in social media. Well, it’s a no brainer isn’t it? With images on Twitter boosting RTs by up to 35% it makes sense that emojis would do similar.

One of these studies found that emojis can lead to 47.7% more interactions on Instagram; another found that an emoji in an email subject line can increase open rates.

So why is this? Well… why did cavemen paint? Why did Native Americans use smoke signals? Why do ships use flags? Simple visual communication conveyed in a timely and understandable manner.

It’s simple really, our brains processes visuals several times faster than text. If you’re interested in learning more it’s worth reading this. With that in mind it’s easy to see why emojis work so well while scrolling through a busy social media fee – our brains can latch on to and understand them faster that text.

Have you ever received a text message or read a tweet and thought it “sounded” a little blunt or was missing emotion? It’s likely that string of text ended with a full-stop, or even worse nothing at all!

Now, imagine that same text with an exclamation mark or an emoji, like the below:

“Looking forward to it.”

“Looking forward to it!”

“Looking forward to it 😊”

The one with the emoji is better, right? You read that one with a little more emotion behind it, don’t you? It’s somehow warmer.

While you can’t and shouldn’t replace every word with an emoji they do give a sentence something extra, and with social media so saturated you need to think of ways to grab attention.

A correctly placed emoji could be just the thing to get that attention and convey emotion.

At least 70% of communication is non-verbal. We rely on physical cues, expressions and micro-expressions to fully understand the meaning of what someone is saying.

We want to communicate face to face, if that wasn’t true Zoom, Skype and FaceTime wouldn’t exist! An emoji helps us to that to a certain extent. Our examples showcase this perfectly too, remember I said we used emoji in other variations but they weren’t as successful? Well that’s because the emoji wasn’t a face.

When using an emoji in social media you want to put something extra across that you know will be missed with text alone. Want to make it clear you’re joking? Ending a tweet with ‘lol’ is no longer good enough, what you need is this 2020’s most popular emoji. 😂

Brands use emojis to bring themselves to life and maybe even to give themselves a little personality online. After all people still buy from people.

Human connection is really important and the digital world can feel a little cold sometimes. So here’s one last example for you.

The ad below is for Toupret UK, another client of ours. They sell the best professional filling and jointing products on the market and are looking to increase their community engagement with painter, decorators and builders.

Their objective with this ad is to increase Facebook page likes from their target audiences.

We’ve used several variations but this one has achieved 352% more page likes than the others, all of which have the same image and headline. The main difference is the thumb emoji 👍 in this ad, which also has more engagement than others.

The others use the same text but just with checks (✔️). The thumb is more human and we believe helps create a connection.

So there you have it! How emojis can help you convert more customers. What did you think? Next time you’re writing a social media post, advert or not, give it a go. Test copy with emojis versus those without and see if there’s a difference.

Don’t go overboard though, and always think of your business’s own tone of voice.

If you need a hand with your social media advertising campaigns, you know where we are. 👍😊 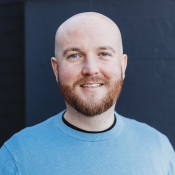 James is a strategic and analytical thinker with a creative flair and love for the psychology of social media. He's been working in marketing and communications since 2012 and specialised in social media when launching Social Firefly in 2018. He's an ever struggling piano player, a fair weather sea kayaker and a travel lover.

By signing up to our mailing list, we'll keep you up to date with the latest, news, tips and trends as soon as we publish them.

We use cookies on our website to give you the most relevant experience by remembering your preferences and repeat visits. By clicking “Accept All”, you consent to the use of ALL the cookies. However, you may visit "Cookie Settings" to provide a controlled consent.
Cookie SettingsAccept All
Manage consent

This website uses cookies to improve your experience while you navigate through the website. Out of these, the cookies that are categorized as necessary are stored on your browser as they are essential for the working of basic functionalities of the website. We also use third-party cookies that help us analyze and understand how you use this website. These cookies will be stored in your browser only with your consent. You also have the option to opt-out of these cookies. But opting out of some of these cookies may affect your browsing experience.
Necessary Always Enabled
Necessary cookies are absolutely essential for the website to function properly. These cookies ensure basic functionalities and security features of the website, anonymously.
Functional
Functional cookies help to perform certain functionalities like sharing the content of the website on social media platforms, collect feedbacks, and other third-party features.
Performance
Performance cookies are used to understand and analyze the key performance indexes of the website which helps in delivering a better user experience for the visitors.
Analytics
Analytical cookies are used to understand how visitors interact with the website. These cookies help provide information on metrics the number of visitors, bounce rate, traffic source, etc.
Advertisement
Advertisement cookies are used to provide visitors with relevant ads and marketing campaigns. These cookies track visitors across websites and collect information to provide customized ads.
Others
Other uncategorized cookies are those that are being analyzed and have not been classified into a category as yet.
SAVE & ACCEPT